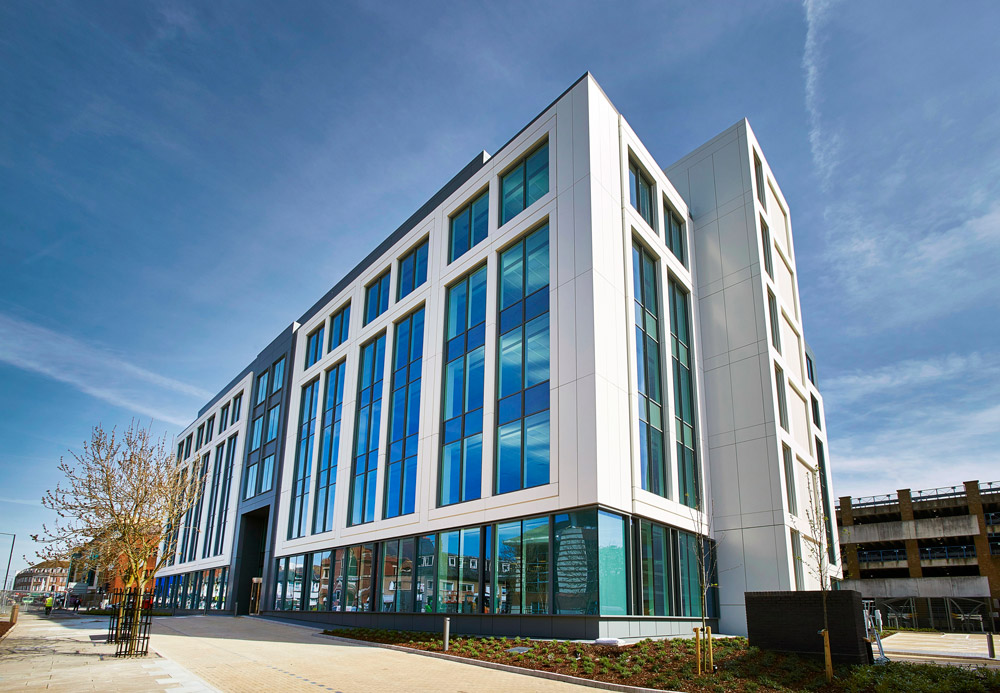 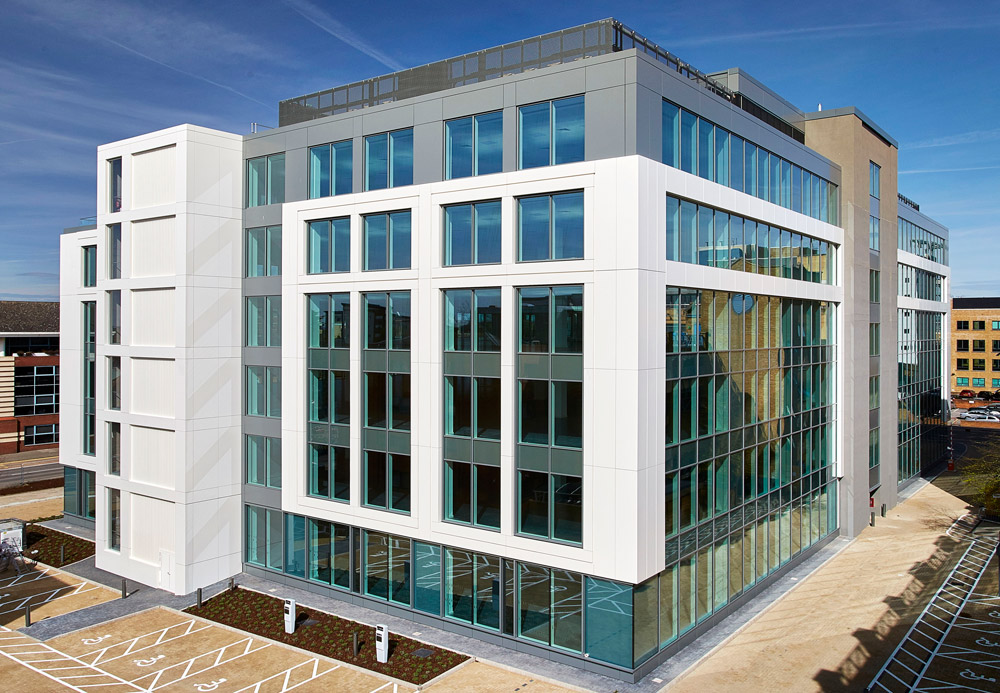 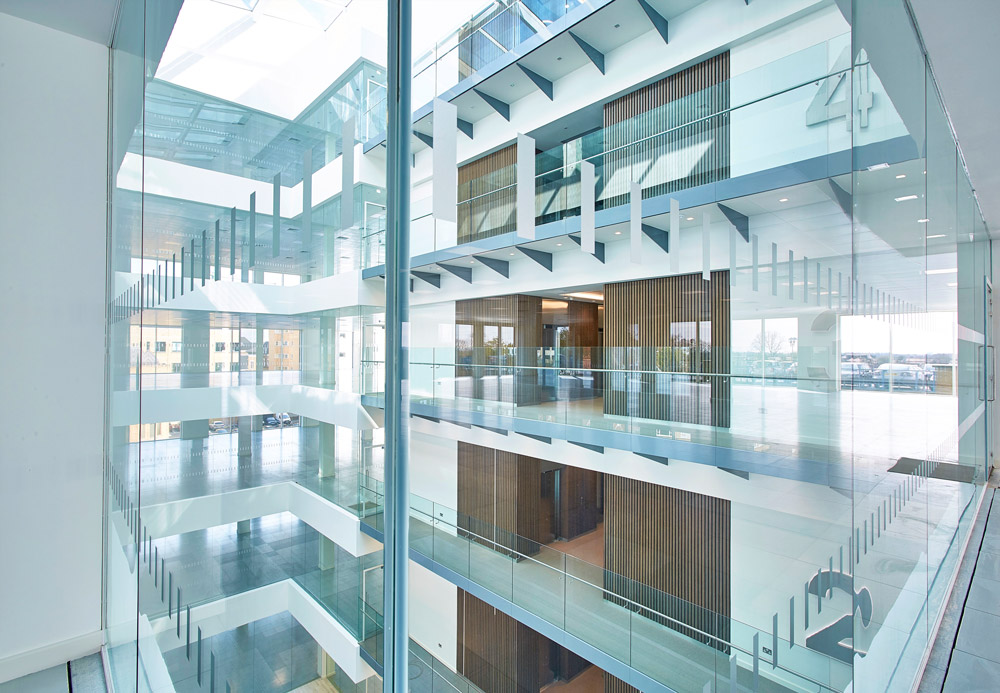 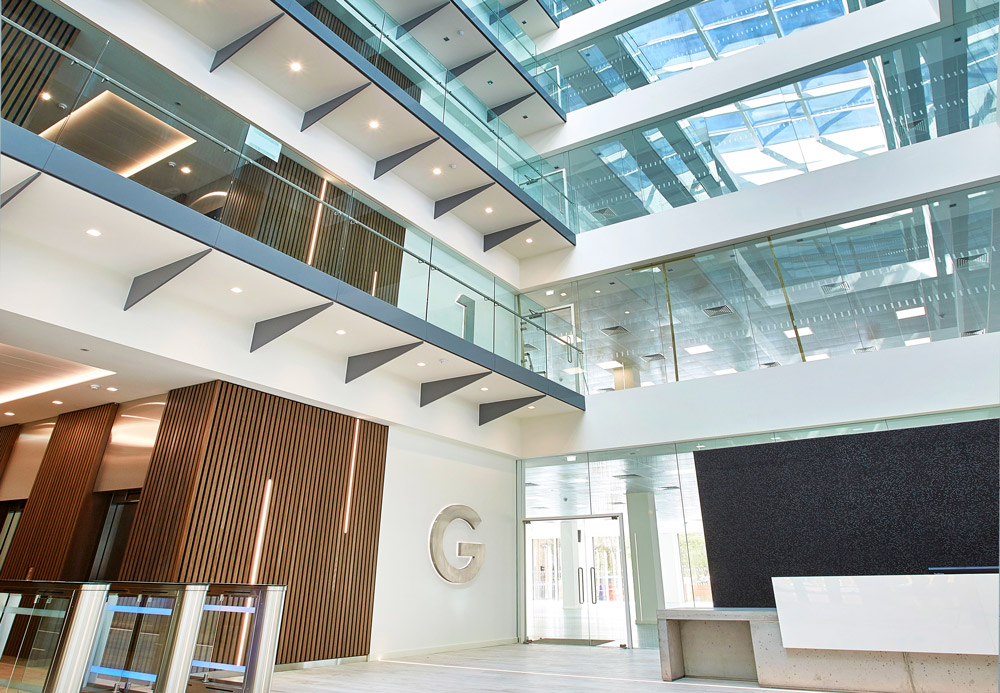 Observatory house was a complex £18 million pound refurbishment of a six storey mixed steel and concrete framed building to modern office standards. The top two storeys were a steel mansard frame. The project involved stripping back to the main frame, and rebuilding the top two storeys to gain more floor area, and installing new efficient cladding.

Extensive modifications were made to the existing structure to make the internal areas more efficient. This included building new stability cores to the outside so that the inefficient internal core arrangement could be removed and used for office space. Some of the internal atrium space was also infilled to provide floor area.

The sequencing of the works was complex, as investigations had to be carried out on the existing frame to ensure that it was in good condition to last at least another 25 years. Surveys to check strength, carbonation and reinforcement covers had to be carried out during the building strip so that a decision could be made to proceed with refurbishment or complete demolition and new build.

Once the decision to refurbish was made (under time pressure) , the main structural modifications could begin. The sequence of building new stability cores to the outside followed by internal trimming of existing stability cores, and then the removal of the old internal stability cores had to be followed. Trimming was complex, having to connect new steelwork to existing concrete columns. Infilling of voids to produce floor area was successfully completed and the high quality modern office space was successfully delivered

Baynham Meikle is a consulting firm of Structural and Civil Engineers

© Baynham Meikle - All Rights Reserved. Baynham Meikle Partnership Limited is a company registered in England and Wales with company number 04124240. 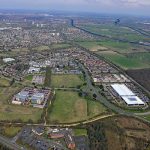 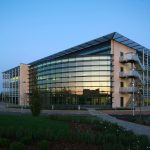 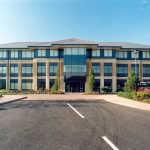 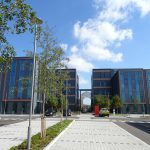 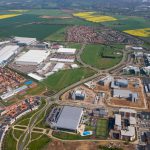 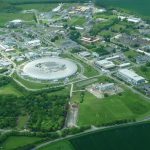